The T-Bot ist a highly efficient, sustainable, professional, precise, and exclusive solution to prepare aromatic hot-water beverages. (This is only partly correct.)

Does anybody need this? No. Is it fun? Heck yes!

And since a video is worth more than a thousand pictures:

So what does this contraption do for you?

I developed the idea for the T-Bot at Pi and More 5, where Nico Maas presented a solution for the same purpose, but using a relatively large portal-like construction. I tried to come up with something more compact.

I found the massive base for the contraption by chance (in precisely the shape needed). On top of that, I built the lever which is driven by a small servo motor. The device is powered by a battery below and flush to the bottom of the base. The electronics consist of three layers, of which the lowest part is sunk into the base from the top.

The lowest layer of the electronics is a PSOC 4 CY8CKIT board by Cypress containing a PSOC 4100 microcontroller. On top of that there is a standard strip grid board containing mostly hand-soldered SMD parts. The upper layer is the front panel, a white plastic board which was labeled using a laser by kaiser at LASERPLUSS.

The microcontroller was programmed in C using the Cypress IDE and is implemented as a state machine. Using the GPIOs it steers the servo motor and checks the temperature sensor, a DS18B20 in a water-tight packaging. An LT1761-5 step-down converter is the main power source for the electronics. The user interface consists of two bargraph displays, four buttons, a buzzer and the main power switch. 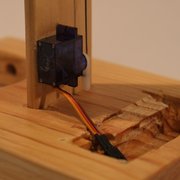 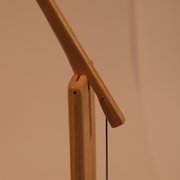 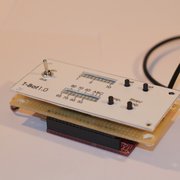 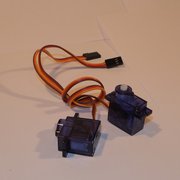 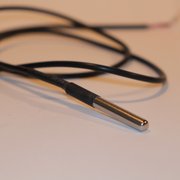